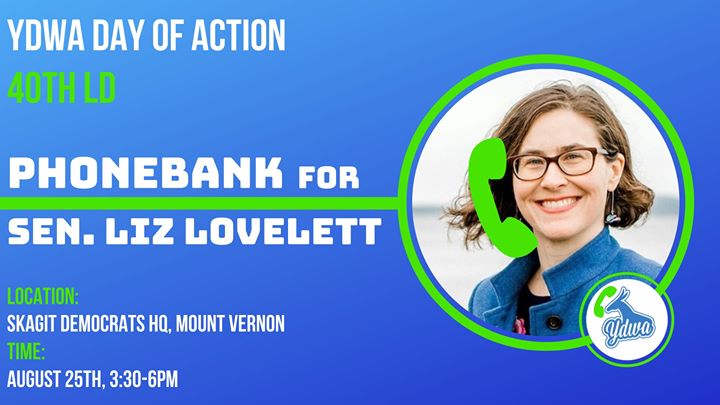 Come join YDWA in the beautiful (& flat) Mount Vernon to phonebank for Senator Liz Lovelett! Carpools will be provided through King to Whatcom. Depending on success of fundraising, food may be provided – more word on that later (however, it is also next door to the best food co-op in WA).

Lovelett has a long history of serving in local elected office and within the community. After being appointed to fill a vacancy for this seat mid-session, Lovelett went on to sponsor and pass legislation to protect Blanchard Mountain and delivered millions of dollars in State investments to local projects including the Lopez Island Swim Center, Mount Vernon Library, Lummi Nation Community Park, and Port of Bellingham waterfront.

Read more about Lovelett on her Facebook page linked below.
https://www.facebook.com/LizLovelettforSenate/

Hope to see you there!

Nothing yet, check back soon!